Strands of the other’s presence

An interview by Honaronline press

In an interview with Honar Online, Fereydouni says: “More than 25 mixed media artworks have been exhibited. I have started this kind of abstractions since six years ago. “

“In the past, I used to paint figuratively, landscapes and still life. but I could not find what I was looking for in my previous art works.”

Fereydoui adds: “I gradually realized that I was not able to contact with visible things, therefore I turned to abstraction. I kept away from painting for a while and then I started again and did a lot of automatism drawings inspired Dadaist. In fact, I wasn’t creating any art works but also, I was only drawing geometric forms I don’t mean angled forms. Mostly I could connect with curved forms, alive and expanding forms which associate with all details of the world. I think everything in world is about to change and demise.

What I wanted to show in my art works is change. I believe berth and death are the only absolute things in life, what ever happen in between is doomed to change. “

Fereydouni continues: “The process of creation itself is an artwork. This process really matters to me.

Making this works was time-consuming because putting lth layers on top of each other, drying the layer and adding the next took a lot of time. Majority of the works are mere improvisation along with rational principles.

She adds:” I haven’t tried to make the form in a way to remind us of anything in the real world. Because I know it occurs automatically. We live in outer world therefore it is impossible to say my artworks are not related to the outer world. I have a deep relation with the nature and this has influenced my artworks. I pay attention to the details of the nature and it really attracts me.

My artworks represent foundational shapes. Regarding forms, they are similar to everything and seem familiar to the audience unconsciously.

I the end she says: “civilization and technology has led us to the details while we have forgot generalities. Even though there exist some common issues among human people. We all own basic principles in common with which we could keep the relation among the nature, the world and humanity and also lessen the division among humans. 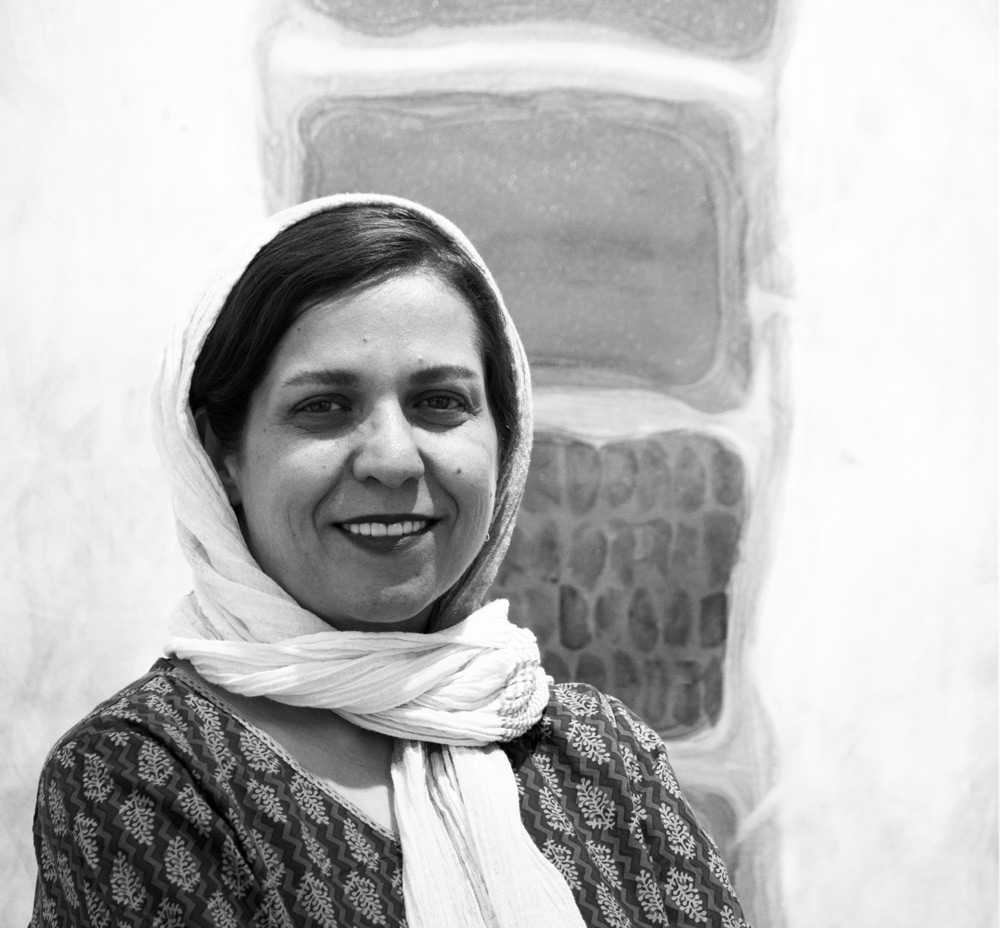