Encountering a queer and dazzling feature at Sheydaei Gallery

Each art Exhibition is a meaningful event which holds specific form and content inside. Group exhibition ‘Catharsis’ include artworks by 5 artists who have chose the title Greek which means purification of the soul. It refers to a status arisen by encountering something queer and dazzling like witnessing painful destiny and load of fate on hero of the tragedy.

Now a totality has been formed by positioning artworks by 5 artists in this exhibition at Sheydaei Gallery with some specifications, first the pain and fear overshadowing almost all artworks and each artwork is expressing them. Second, a purifying expressing (it stands against the fear) which is the production of art as a purifier and healer in diverse medias like painting, sculpture and video art.

Anis Beigzadeh makes and ruins. In this repeated act, she reaches a fluid medium such as video out of a heavy solid material such as clay. How can a moving image which is out of physical tangible reality but representing soil and motif and hand form the two black-and-white faces of her world? Beside Anis, Donya Rostami reflects a crazy world with the blues and empowers it with black to strongly yell: ‘ you can not break me into piece, each time I break I turn stronger just like that child landing by her parachute, then I get filled up with the song which I pour right into your eyes.’

In the meantime, Hasti Tabatabaei mingles her human-human, human-animal and human-environment duals in a way the borders turn unrecognizable. She believes she is camouflaging that “inner war” in the dust of the battlefield.

Fatemeh Mansouri recites romantic fantasies with a help pf fear. The fear and freight that have defamiliarized all the expected scenes and takes the known faces into a narrative atmosphere. She turns the fright into an ordinary scene.

Maryam Radmehr deforms piles of pain into organ-like masses-wish them not to be in small sizes. She personifies all that accumulated, swollen human pressure in an extremely dazzling and frank way to the viewer.

Putting group of artworks together not only is considered as originating a totality regardless of mixed individual identities, but also it has to be taken into consideration that there exist some “terms” which influence the whole meaning. In this exhibition, “Catharsis” is considered as that totality and plays the role of the “form” which is the way all the artworks influence each other, the way colors and shapes and sounds and handwritings and the blues and the blacks form an exhibition. It (Catharsis as the totality) clarifies why and how “purification of the soul” has influenced all the artworks and all the viewers who face them. It seems that encountering of the audience with this tense collection could approach the Greek Catharsis on the play screen where the viewer witnesses the pain but how close they could feel themselves? I believe being influenced and being kept in mind releases if the viewer has experienced catharsis inside.

All the works in this exhibition have been kept in mind to some extent so they might manipulate deep zones in the dark of my unconscious. 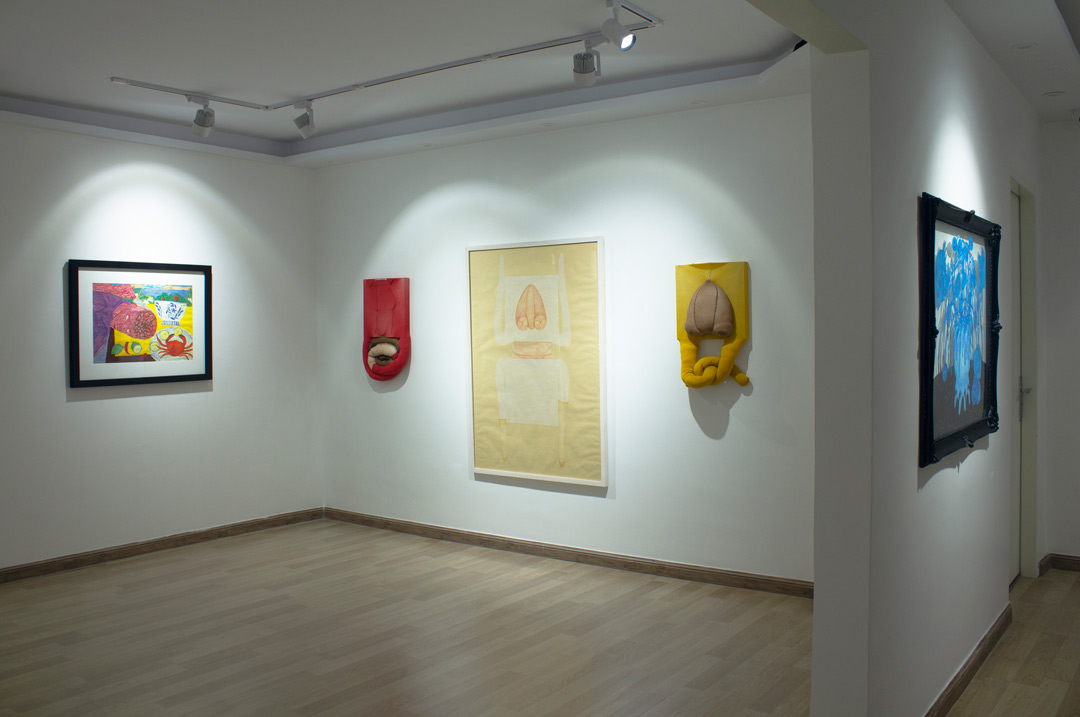