Call to go beyond the contemporary world

Call to go beyond the contemporary world

Art has always stick to symbol, concept and indirect language to express what is wants to express. Leaving frankness and using a language other than a public one is art. Armin Ebrahimpour’s solo show titled ‘Moment of delight’ at Sheydaei Galllery is not exempted from this rule. As in his former artworks’ he has chosen to reflect human portraits and figures at the time which is -according to Ludwing Wittgenstein- empty of spirits. Portraits filled with delight have been depicted speechlessly by the artist as if they are captured by cut newspapers and universal news and events. Armin Ebrahimpour, born in 1974 in Tehran, holding B.A. In painting from Yazd university of Arts, has had a number of solo and group exhibitions. About the technique and materials in his paintings he said: “what stands first to me is expression and whatever material that helps me in this mission.”

He added: “Newspaper cuts and letters on paper are of apparent features in my works. It goes to the world we live in; huge mass of news is telecommunicated in each second. This mass is formed as texture in our minds. That is why on some words in a number of my paintings the emphasis is put by boldness or by vivid colors.

Inspiration of literature and culture

“Why I am attracted to depict portraits in my works is the joy with which you can show something which is immortal. During the history, there exists many caves and ancient cities which refers to the fact of Immortality of the artworks. “he said.

Regarding pandemic and individualism in the society he resumed: “Solitude is among features of modern human whom he makes all his connections through virtual world and modern technology. To me, the portraits in this exhibition especially the ones looking at you with wide eyes, call you to free yourselves for some moments from the chaos outside.”

He then described the works ‘timeless’ and said:” Today, humankind is facing the concepts which refer to our literature and culture since living at the moment and not trusting the world exist in poems by Khayyam, Hafez and Saadi. That is why you cope with some symbolic motifs in my paintings such as apple. Despite the fact that in some cultures it is believed to mean as prohibited fruits, to me is means hope. 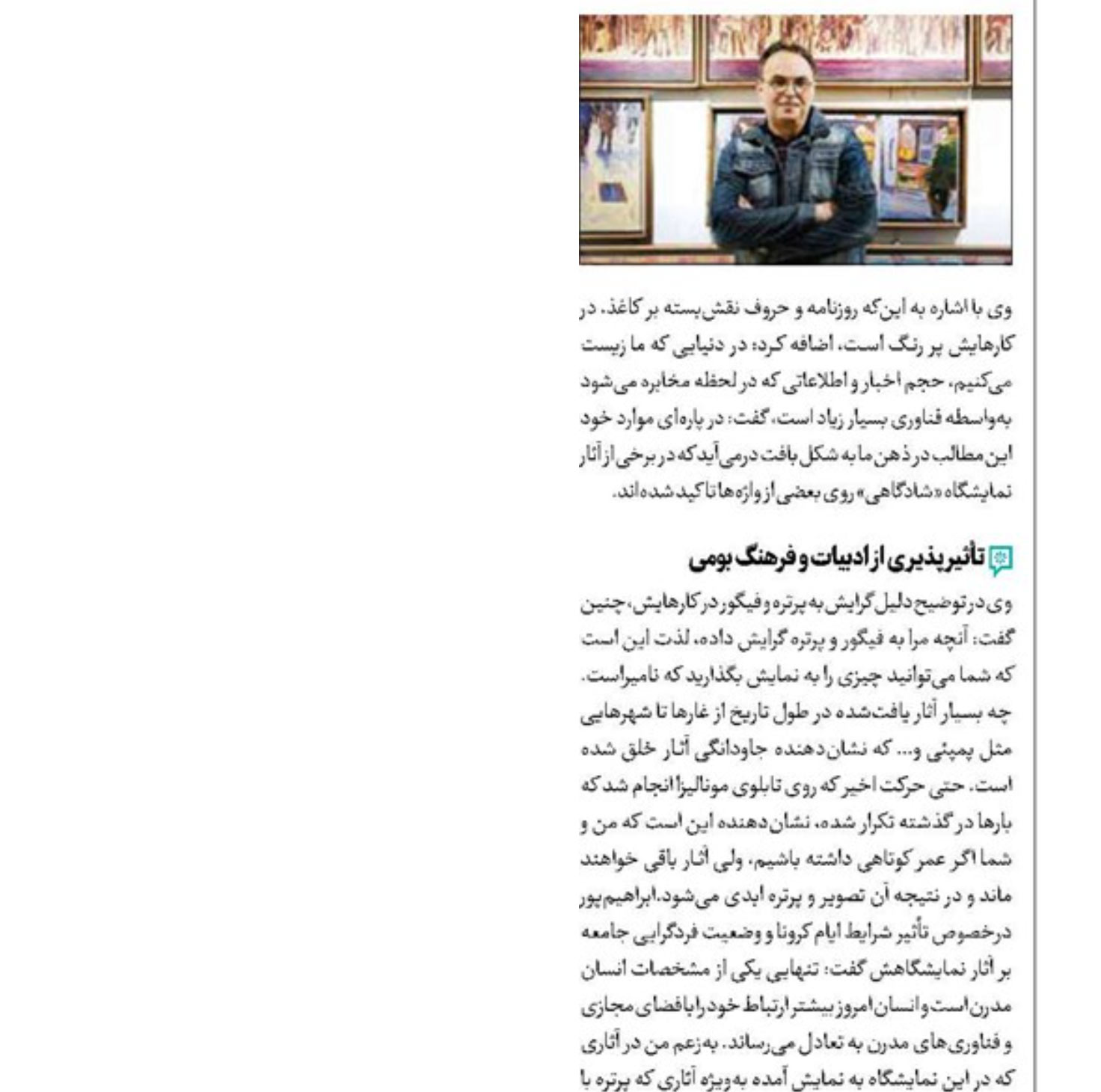